The 2018-2019 Similan diving season had much to cheer about, been roundly observed as one of the most consistent and productive in recent years. Most notably was the coral regrowth and recovery shown in wide spread areas of the Similan Islands National Park.

So what is this due too? Several key factors seem to playing a part in the recovery of this much loved national park.

Limiting Numbers on Daily Entrants to the Similans

In 2016 the closure of Koh Tachai somewhat set a trend for the next few years, closely followed by Maya Bay, Koh Phi Phi (featured in the hit movie “The Beach”). A very clear indication that preserving these popular destinations is more important than short term financial gains.

This season began with the introduction of several new rules been added to the Similan Islands National Park including limiting the number of daily entrants allowed. These numbers were set at 3000 snorkellers per day and 525 divers per day. All tickets were to be pre-bought and each ticket must carry the guest passport number. 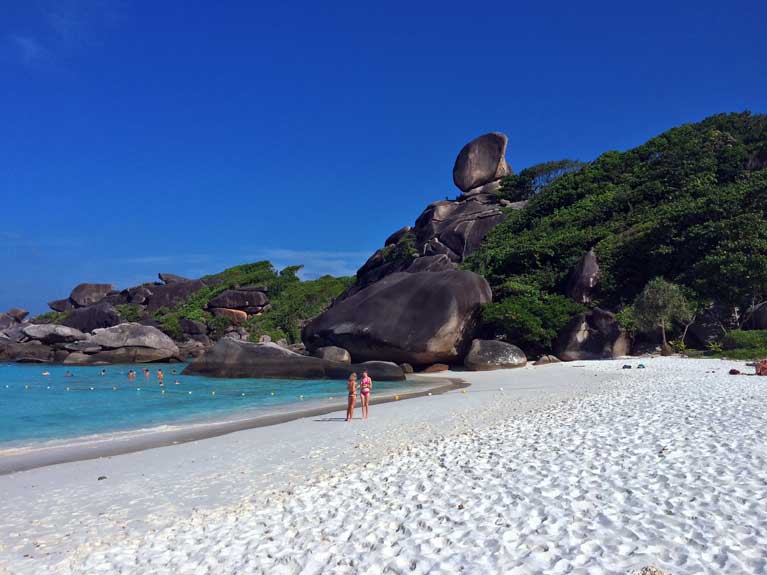 Quieter beaches at the Simila Islands

Obviously it was too early to tell straight away what effect if any these limitations were to have on the parks marine life. One thing was noticeable is that the scenic coves and beaches looked exactly that. A vast reduction in speedboat traffic certainly added that your somewhere special feel back to the islands.

2016 brought the installation of Ruamsin Manajongprasert as Chief of the Mu Koh Similan National Park. During this time not only have facility’s with in the park been widely improved, but also stricter controls over the parks resources and day to day management have really brought a feel good factor to The Similans. 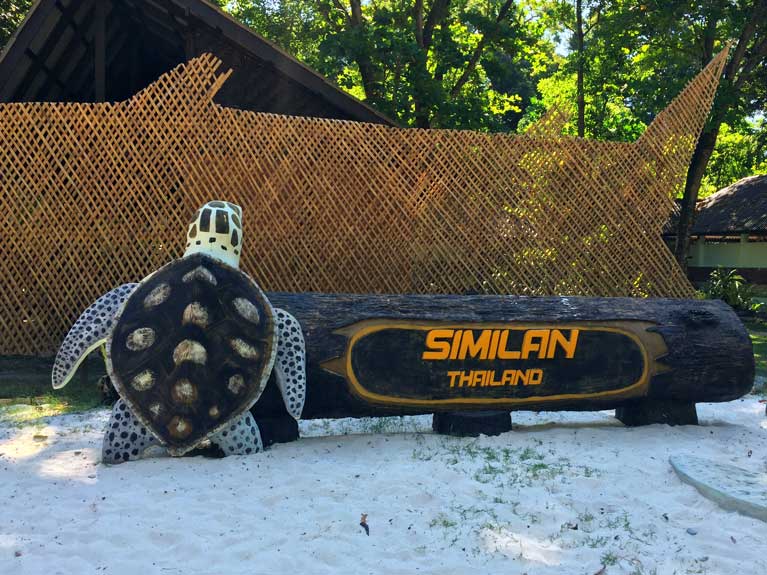 A hot topic for debate within the dive community has always been what happens when the park is closed? This year the levels of diversity and abundance through-out the season would suggest that greater all round policing has been improved as well. Fingers crossed for next season! 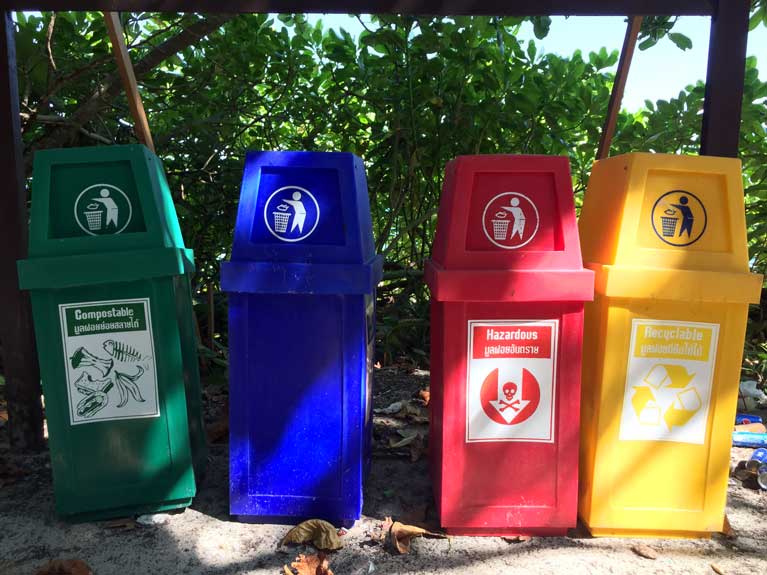 This year also saw a slight increase in the number of the larger members of the ecosystem. Reef sharks were spotted more frequently than in recent times. Giant manta rays were spotted in twos, threes and fours at multiple dive locations.

Let’s hope these numbers prove the sustainability of the park otherwise a further cut to park to guest numbers may be just around the corner.

Coral Studies and Recovery Around the Similan Islands

Since 2010 the Similan National Park has most certainly been in a state of recovery. Slowly but surely the scars of the 2010 coral bleaching are fading. A truly devastating event like this will more than likely leave lifelong scars in places, but given time it is truly amazing the resilience Mother Nature can show. Warty Bush and staghorn corals have shown great improvement this year. We have monitored and documented coral life and recovery over the last few years both in the Similan National Park and in the neighbouring Surin National Park, under the guidance of the Department of National Parks Command Centre 2. 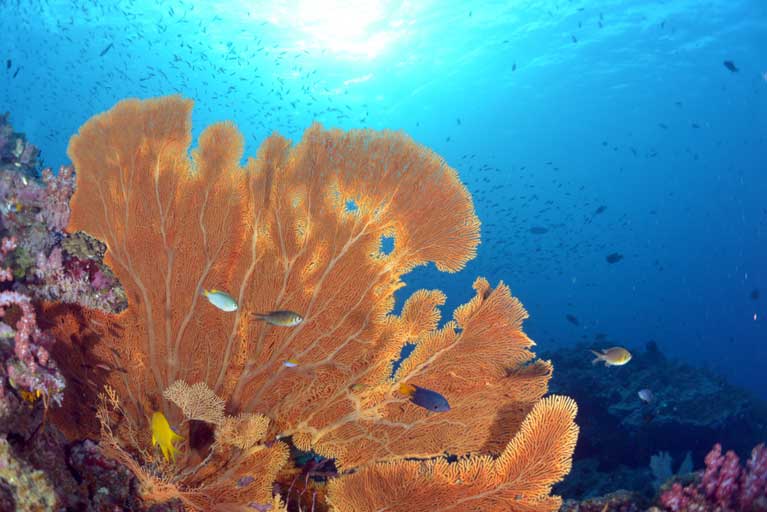 Corals and Seafans all looking a lot healthier

In December 2018 we were lucky enough to be invited by the Department of National Parks Command Centre 2 on board one of their Coral Study Trips. On this trip we not only completed coral studies, but several other experiments to measure effects of tourism and boat traffic. Over the three days we documented large areas of the Similan`s coral ecosystem, with marine biologists and university professors and their students. This plays an integral part of managing the number of people allowed to enter the park, with the belief that the current system allows for continual recovery. 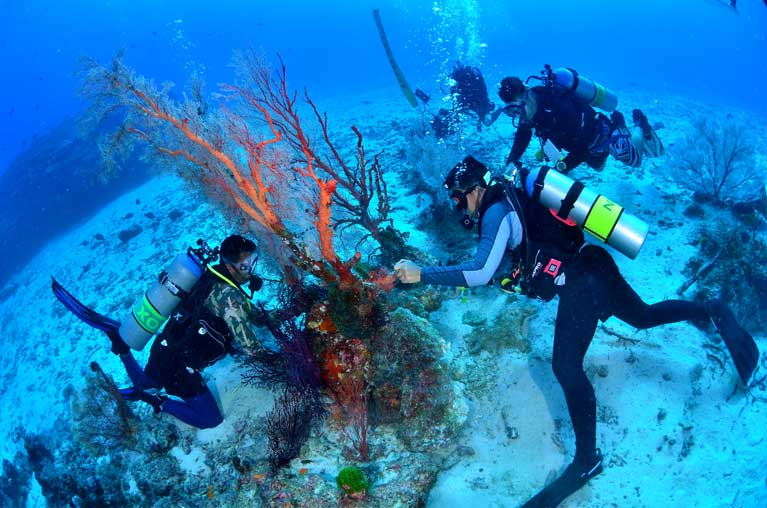 Probably the most upsetting thing to come from all this is that our reefs are now baring new scars caused by the diving community. Entry points and photography hot spots are becoming increasingly more damaged. Broken sea fans and fragile hard corals litter areas of some of our favourite dive sites.

The DNP are documenting the Similan National Park more than ever before, and the dive community should be encouraging no contact diving as this sort of damage is not going unnoticed. The DNP has shown is it not afraid of making brave decisions to protect their natural environments.

Now more than ever the Similan diving community has to play its part to protect the place we all love to be or be prepared for the possibility that some day soon we may not have the pleasure of diving there at all.